By Diamond Reid and Jenna Carbin

Greenville is located in the southernmost section of the city.  The neighborhood starts south of the West Side area stretching to the border of  Bayonne.  Greenville has gone through many changes over the last 40 years and the change doesn’t seem to be stopping anytime soon. 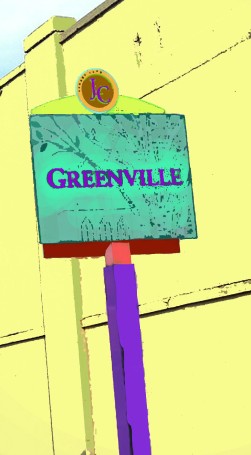 Township was incorporated as a township by an Act of the New Jersey Legislature on April 14, 1863. It was absorbed into Jersey City On February 4, 1873, Greenville Township became part of  Jersey City and its life as an independent town ended.

Greenville’s population has gone through many changes.  Before the 1960’s Greenville was settled by working class whites and their families.

“The area was quiet and in a sense kept on lockdown. There were areas that us as black people wouldn’t even walk in and all of that has changed over the last few decades,”  said Lisa Reid, a Greenville area native.

During the 1960’s African Americans migrated  into the neighborhood to look for a better life. Following their migration, it is said that the rate of violence and crime rose and a majority of white people began to move out of the area. What was once a predominately white area, transformed into a black and hispanic neighborhood.

Splitting  the Greenville area and the West Side area of Jersey City is John F. Kennedy Boulevard.  Greenville which is on the east of the boulevard and West Side on the west are like two completely different worlds.

“It amazes me how different things are when you just cross the boulevard. I hope that one day Greenville won’t have the reputation of being a “bad” part of Jersey City and people see it for what it really is. A place full of so many different business and full of people who want what all people want, a good life. Once the stigma is gone I feel like people will see it for what it really is,” said Jersey City resident Derrick Johnson.

Today, Greenville comprises mainly 1-2 family houses and also low-rise apartments.  One will also find the Greenville Public Library and many parks. Liberty State Park is nearby and other parks include Bayside Park, Mercer Park, Columbia Park, and Audubon Park (which is a city square)

While the neighborhood has a reputation for crime, it is important to note that there are many nice streets, long-term residents and businesses, including long-time  shop called Gentlemen’s Attire .

Where Class and Elegance Meet

Since he was a young boy, Brian Minus always enjoyed getting dressed up. He  soon realized that this was a passion of his and he said that with the help of hard work,

determination, and God, Minus was able to make his dreams a reality, even becoming the first black male to have a billboard in Jersey City and appearing on the Steve Harvey television show.

Minus is the owner of Gentlemen’s Attire located in the Greenville Area of Jersey City at 522 Ocean Avenue. Gentlemen’s Attire is men’s clothing store specializing in men’s casual wear. Recently the store owner celebrated his 7 year anniversary and he definitely has a lot to celebrate.

“I wish I had a store like this when I was growing up. Growing up in Greenville, we needed this and I love that the kids growing up today has a place to go to wear they can learn to dress  like a man,” Derrick Johnson a Jersey City resident said.

“Coming up I just really liked to dress going back to my high school years, I liked to dress. And I said to myself what can I do for the community and this just fell right into my passion. Because of my Christianity I had to let God use me to help people in the community,” Minus said.

With it being prom and graduation season, this is definitely a busy time for Minus. The chimes on his store are constantly going off with customers walking in and out. Last year Minus had a large turnout from high schoolers  from Lincoln High School and thanks them for the support among other high schools.

When asked about why he choose his location to be right in the middle of the Greenville area of Jersey City, Minus  said he had God to thank.

“I really didn’t want to take my vision or God’s vision outward. I wanted to be able to help somebody right here because there are people that are right here in the community that actually need the help.”

Gentlemen’s Attire has become well known as a store and a part of the community. Whether you need a bow tie or an undershirt, Gentlemen’s Attire has it. For years people in Jersey City have shopped in New York or Newark for casual clothing but that has all slowed done over the past seven years.

Year after year Gentlemen’s Attire has supplied the community with quality clothing and also gives back while doing so.

“Over time, I’ve learned to give back. People who support me, I give back. So if I can sponsor someone with a new shirt or a new tuxedo as a give back (totally free), that’s what really inspired me and brought more people in here because of the community relations. What a great thing to to do,”  Minus said.

Day after day, the chimes in his store door ring, with a customer coming in for some Gentlemen Attire.

Brian Minus knows the needs of his customers and makes sure that he is able to reach out to people of any size and stature.

“I used to be a big guy so I know that he can be hard to find things for big guys. In the real world, the small guys have everything.The slim fit version has now taken over America. But you have to be diverse and understand what everyone wants.”

Minus works hard and says that every year is a learning experience where you can just keep getting better. From morning into the night, the store chimes of Gentlemen’s Attire ring with customers of different ages coming in and shopping. Whether you need to prepare for a wedding or just learn how to tie a tie, Brian Minus is here to help.

“I used to always have to go over to Newark and shop for dress clothes because finding clothes in my size isn’t easy. I’m a big guy and I love that Brian’s store supplies the needs of a slim man all the way to a big and tall man. You don’t come across many stores like this especially not in Jersey City so this is perfect,” said Reid.

Below is a video of a Gentlemen’s Attire regular, Dwayne Butler and his opinion about the store.

Gentlemen’s Attire Behind The Counter 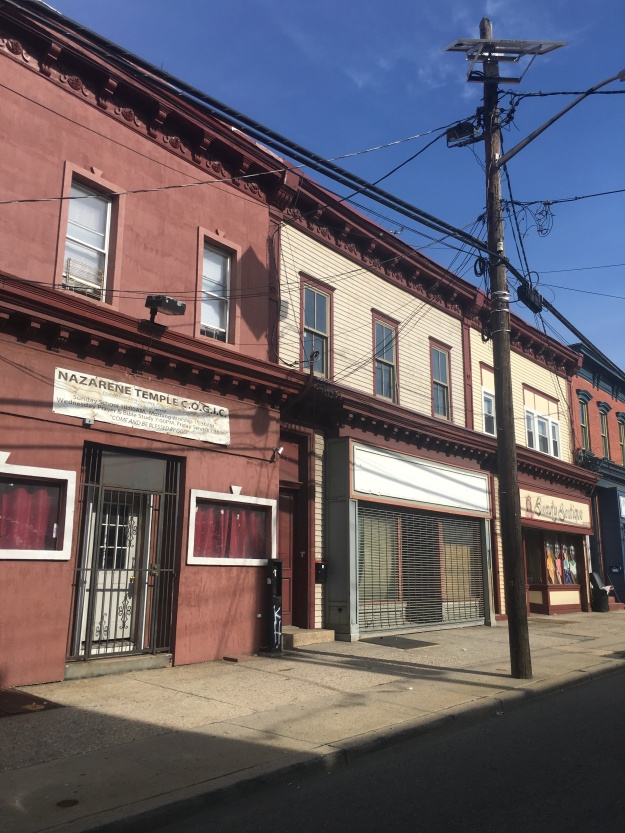 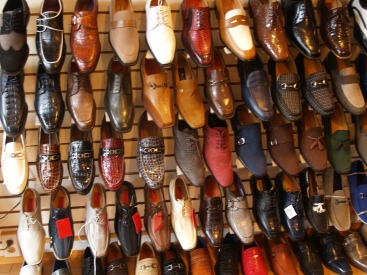 Listen to an Audio piece of the interview