Many of us are taught “not to judge a book by its cover” and the story of Otto Weidt definitely proves this lesson true tenfold.

“A Blind Hero: The Love of Otto Weidt” made its Northeastern premiere at The Golden Door International Film Festival on Friday, October 6th after initially debuting back in 2014 on German television. The Kai Christiansen directed docudrama is a realistic glimpse of Nazi Germany as told through the story of Otto Weidt; a blind brushmaker who lived in Berlin. 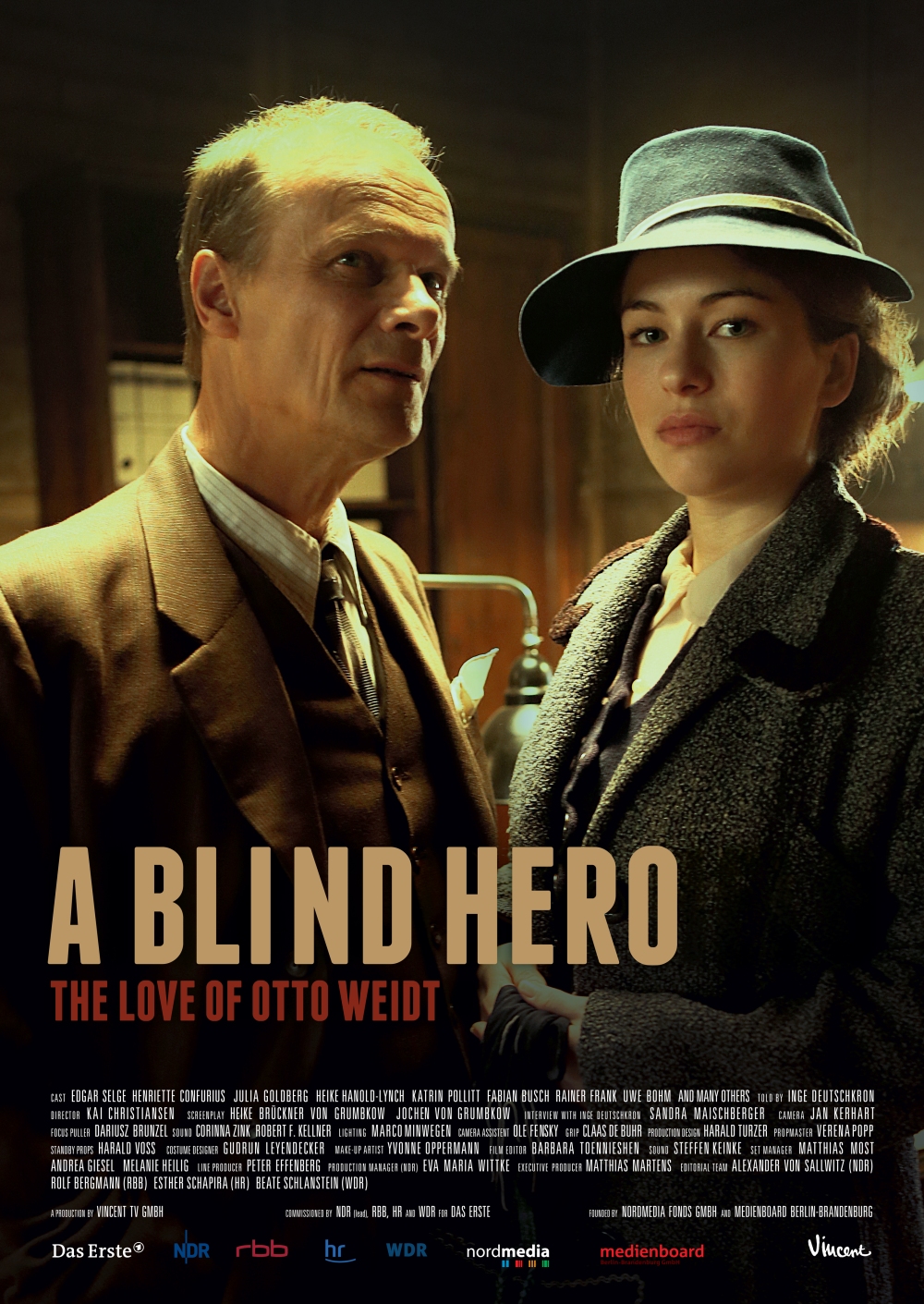 The film tackles both romance and drama all through a historical lens, making it all the more heart-wrenching for viewers.

Tackling the role as both director and writer, Christiansen appointed Matthais Martens to produce the film and Hans-Peter Ströer to compose the film’s outstanding score. Christiansen has directed over 20 German television-movies, series and documentaries with “A Blind Hero: The Love of Otto Weidt” included.

Christiansen does a phenomenal job of capturing the essence of Otto Weidt (played by Edgar Selge) and his relationship with those who worked for him. Weidt protected his Jewish workers (most of whom were blind as well) from the Gestapo who would in-turn send them off to concentration camps. In the process of bartering off luxury goods to the Gestapo for the safety of his employees and creating hideouts for their families, Weidt falls in love with his Jewish secretary Alice Licht (played by Henriette Confurius).

The eventful relationship between Otto and Alice is reenacted exceptionally well by Selge and Confurius while simultaneously being narrated through personal account by award-winning journalist Inge Deutschkron; another employee of Weidt’s and a close friend of Alice Licht.

“Many of the survivors have a guilt complex,” said Deutschkron. The theme of guilt is reoccurring in the 90-minute docudrama and even more prevalent in the film’s tear-jerking final scene.

Not only is it a must-see for those interested in the horrific reality of Nazi Germany, but the film will also cater to those who appreciate an authentic love story.

Visually, “A Blind Hero: The Love of Otto Weidt” will teleport you back in time and consume you with the uneasy feeling of life for the Jewish people of Germany during World War II. Despite this, Otto Weidt’s character provides viewers with a sense of hope that can not only be felt, but admired as well.

So although all heroes may not wear capes, in Otto Weidt’s case they may be unsighted as well.