(This is part of the Jersey City in Havana Series, multimedia stories produced by St. Peter’s students who spent Spring Break in Cuba.) 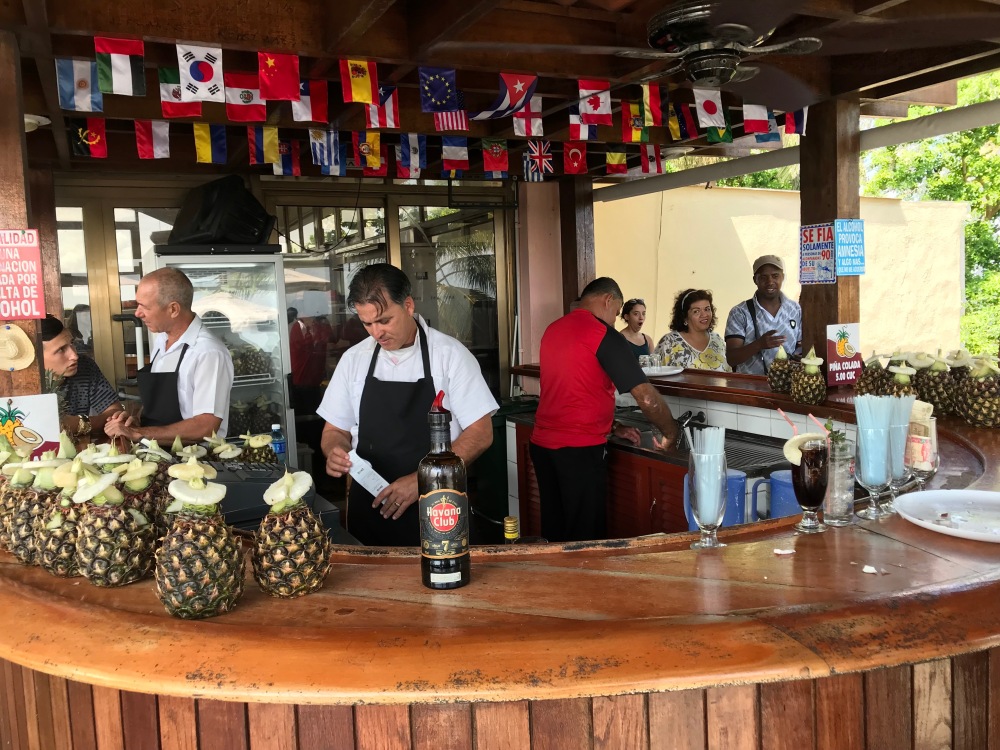 The Cuban Revolution was fought for equality in all respects. Every Cuban is to have the same opportunities and the same standard of living.

But on a recent visit to Cuba, one may wonder:  Are the remnants of structural racism still standing — much like the aging infrastructure left behind from pre-revolutionary Cuba?

In other words, has the society not been at least somewhat restructured? To what degree does the small and limited private sector play in this struggle for equality?

According to an April 2018 New York Times article, “More Black Officials in Power in Cuba as Leadership Changes,” the new president, Miguel Díaz-Canel, appointed three blacks and three women (of the six appointees to the Council of State). The writers, Robles and Ahmed note that Castro, upon stepping down, mentioned the difficulty the government faces in hiring Afro-Cubans for certain positions. There has been a effort on the part of government to allow for greater black representation.

The New York Times journalists also note that there is not significant education gap between blacks and whites in Cuba like there is in the United States. Only about 9% of the population self-identifies as black — however, a far greater percentage are  actually of African descent.

Benito Albisa Novo, a professor of Spanish and Latin American history at the University of Havana, gave his take on the issue of racism and social inequality in Cuba.

A self-described “proud member of the Communist Party,” Benito said that that nationalized industries exist to prevent inequality between Cubans. He noted the practicality in having a small private sector; however, he maintained that the largest industries must remain public.

The remittance pipeline from American relatives to Cubans creates an obvious advantage — even at the airport, one can see people checking pallets of goods onto the airplane, ready to send to Cuba. American money allows for those with willing relatives to benefit from the American economy, whereas other Cubans would otherwise have no access to these goods or extra income.

Benito, however, insisted that inequality between the races in Cuba is not because of racism within the country, but because of whose relatives have left for the United States. It is “people with money and people without money”.

Diana, a business owner in Old Havana and a woman of color, had a different take on the issues. When asked if she found it difficult to run her souvenir shop within her home, she responded, “It’s complicated.”

Of everything Diana sells in her shop, 10% is taxed. She said she pays extra taxes for operating in Old Havana. These extra taxes pay for the upkeep of the area. However, she did state the difficulty in maintaining her own business. The government keeps record of what supplies she needs and provides funding.

Though, when tasked with finding supplies to renovate her home business, she said, “We need to get it in the illegal market.”

The government can’t keep up with the requests of those working in the tourist industry. The tourist industry within the private sector has to rely on the black market for upkeep. Though, the government keeps a watchful eye on private business owners — Diana noted that inspectors come around from time to time, making it hard to sell in some cases. Regulations dictate how she is allowed to run her business, where exactly within her home she is allowed to sell, etc. When asked if she sees any inequality or experiences any discrimination, especially within the private industry, Diana said she has not.

She said, “I do not think racism is a problem between blacks and whites in Cuba.” She then said Cuba has other problems that may not be visible to outsiders — the youth turn to drugs and alcohol.

She noted that not having enough money and not being able to work in other countries causes a lack of motivation in them. Diana said that being able to attend University tuition-free, alongside her white peers, has shown her that there is no racial problems in Cuba. She said students of all colors studied together without issue.

It is widely understood that white Cubans have an advantage because of their ability to participate within the private tourist industry. Diana offered an interesting perspective. She, as a woman of color, participating in this white-dominated industry, claimed to not witness or experience racial inequality — even while her blond-haired, blue-eyed employee casually spoke about having family in Miami.

Benito attributed this perceived inequality to the simple demographics of who left after the Revolution. An American may easily attribute Benito’s narrative to that of the Communist Party — an organization with a vested interest in painting the country as racism-free.

However, it is almost shocking (to the American psyche, at least) that Diana wouldn’t see racial inequality as many of us Americans have. It is difficult to make sense of this situation. Could it be because racism is more of a problem in America? Could it be because there has been a better attempt at ending inequality in Cuba than in America? Does this change Cuban citizens’ perspectives?

It is not up to me to make sense of Cuban’s perceptions of racial inequality. It is a positive thing that Cubans recognize certain socioeconomic realities regarding lack of opportunity. However, it makes one wonder what role the government is playing in shaping people’s perceptions and to what degree they can be held accountable for any existing racial inequality — in relaxing restrictions on the private sector or in the visibly white-dominated government bureaucracy and the tourist industry.