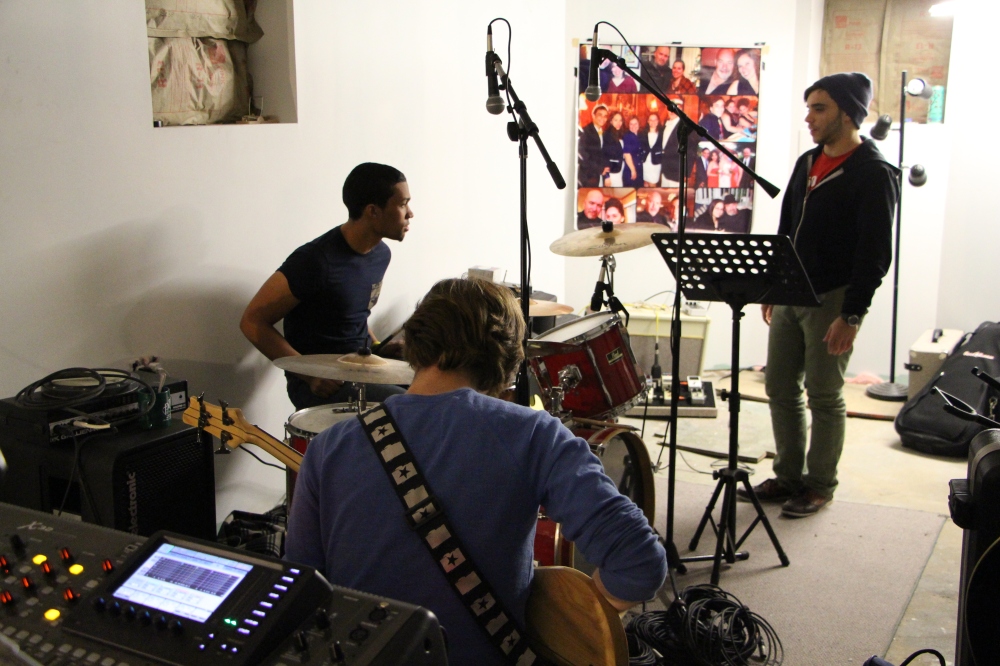 Jersey City’s music scene is on the rise. Many great bands are from the area including “My Chemical Romance” and “Kool & the Gang.” One name that is soon to make the list is upcoming indie band “Fiscal Cliff.”

“We’re just all about chilling out and having a good time” said Luis Garrido, one of the guitarist for the band.

The group first got their start freshman year of high school with the original name being “Monster Sludge.”   They are now called “Fiscal Cliff” after asking some friends ideas on names during the fiscal cliff debate in the news.

The band consists of Carlos Perez, guitar and vocals; Mike Prussack, bass; Manny Ray, drums and vocals; and Luis Garrido, guitar.  They are based out of Jersey City and Hoboken.

“Dr. Dog is one of our lyrical inspirations.” Said Perez.

The guys are influenced by many bands including “Red Hot Chili Peppers” and “Foo Fighters.”

Living in this area influences the band’s sound.  It is almost very distinct where the band is from just by the way they play certain songs: playing certain beats or hearing certain lines on the guitar or bass.

“It’s weird because we listen to our music, and it has a constant sound.” Said Perez.

One can only hope to aspire to greatness when pursuing their music career, but this band is also trying to finish getting their college degrees.

Five years from now, we can hope to see the guys selling out venues in New York.

“We’ll be graduated from college with our day jobs, and rocking out at night.” Said Luis Garrido.